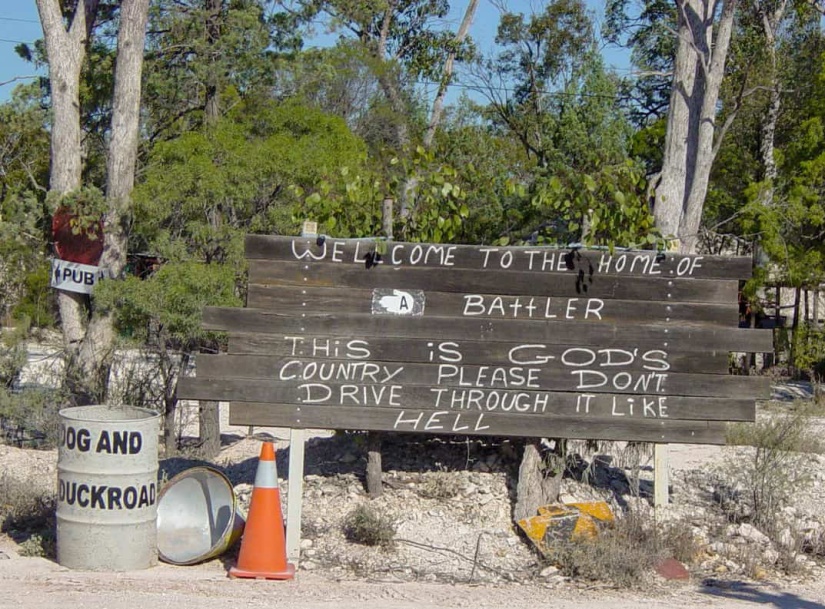 Let me take you back to 2009, as we head off roaming for 40 days and 40 nights into the great outdoors in a hired transit van [affectionally known as The Tin Can], it was to be the first and not the last roadtrip we were to do.

“Why on earth do you want to go into the Outback of Australia?”

With a smile, my reply was “there is indeed plenty to see”.

Sure there are wide open spaces where time seems to drag on with the kilometres clocking up at a high rate, then all of a sudden something pops up, and the brain is stimulated with curiosity to find out more. Like this bird, the emu who would not move from the middle of the road. Similar to a / Aussie standoff.

It was extremely different from any other landscape we had experienced until recently when we spent months in Spain while in Europe housesitting.

Both have very similar terrain but very different cultures.

Here is a basic outline of our journey, of course, there are always a few side road distractions from the main route.

Our 40 days and 40-night adventure were all planned out, and we were scheduled to drive through Victoria just weeks after the Black Saturday Bush fires. Such a tragedy and it made us fully aware of how fragile life is for us all. Out of respect for the people and the area, we tried to avoid the areas worst hit, our stop in the historic town of Beechworth [think incredible baking and archtecture] had us pleased that this town was spared until we saw the devastation on exiting via a different route.

It was the beginning of weeks of enjoyment and life lessons driving from Melbourne with giant zigzag strides in and out of the Outback, then over to the coastal areas to eventually end our trip on a sandy Sunshine Coast beach [us not the van].

The Architectural Buildings around Ballarat and Bendigo, beautiful inland cities built with the wealth from the Victorian goldfields.

Echuca River Cruise – Australia’s paddle steamer capital and named by the indigenous Yorta Yorta peoples as a place that means ‘meeting of the waters.’ 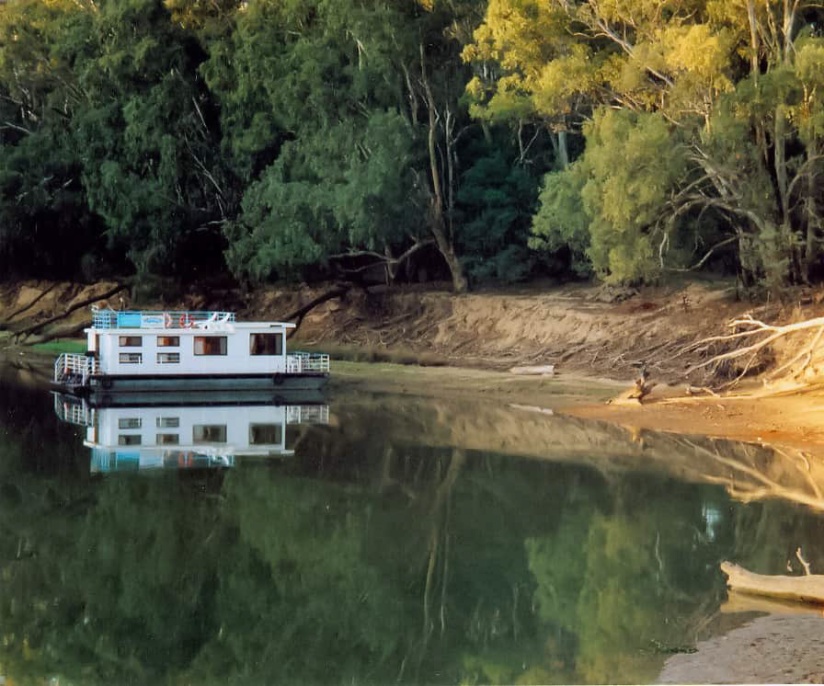 This adventure down the river allowed us to chat with locals and listen to stories of life on the river with a colourful vista of Echuca and surrounding areas. It would have been more enjoyable had the water level been higher. Echuca was in the midst of yet another drought, at the time of our visit and the river was at a record low.

Lightning Ridge black opal mining area. The land is very flat as far as the eye can see.

So, you see the Highlights did indeed outnumber the low, which is what we had hoped by the time we had finished our 5,000+km roadtrip. We really did enjoy exploring through Victoria, New South Wales and finishing up in Queensland. It was only a small piece within Australia’s humongous backyard. It’s fair to say after our first taste within a small part of Australia’s Big Backyard, we were hooked.

There will be more to come as I take you on our next adventure. Where we head off during 2013 to experience the outback and coastal areas within Western Australia.

P.S. Not forgetting some jaw-dropping coastal and mountainous areas.

41 thoughts on “The 1st Aussie Roadtrip – Melbourne to Brisbane”

Life is all about distractions🧡
Dreams are free🧡
The glow of a sunrise is my motivator to get out for a walk. Have a lovely day/night🧡
A wee burst of Autumn. My favourite season and a good distraction 🧡