Each and every city we have visited has had its unique wow factor, the next city to be shared would turn out to be no exception. 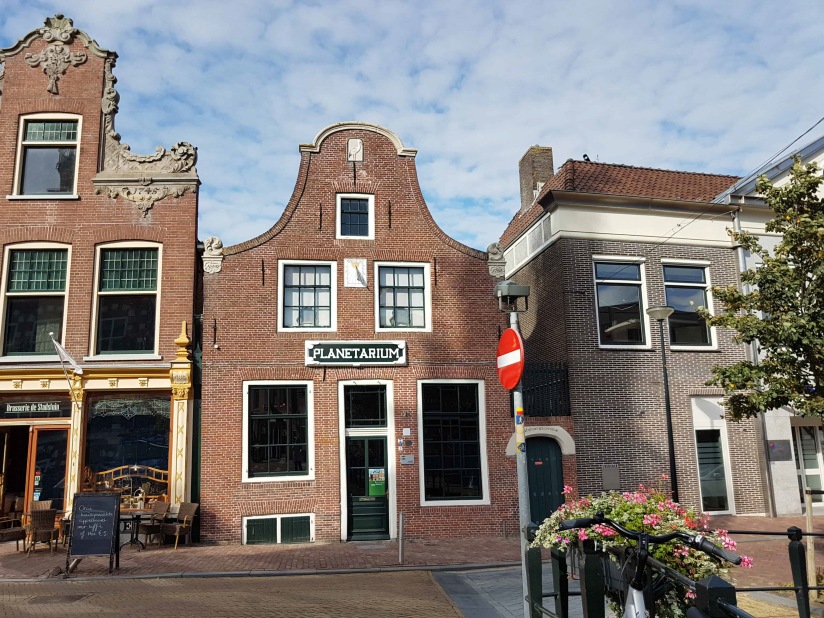 This is one of the places I thought was rather picturesque and had a unique attraction in the form of the oldest working planetarium, which was developed in a small house attic.

It all started back in the 1700s by a Dutch wool-comber, clock enthusiast and amateur astronomer, Eise Eisinga. The visit literally took our breath away by the ingenuity of his work.

He built it between the years of 1774 and 1781 to show people that there would be no reason to panic when a conjunction of planets was due to occur on the 8th of May 1774. Apparently, people believed that the planets were going to collide with each other and cause the Earth to be pulled from its orbit resulting in being incinerated by the sun!

For more information and photographs, see the below links. 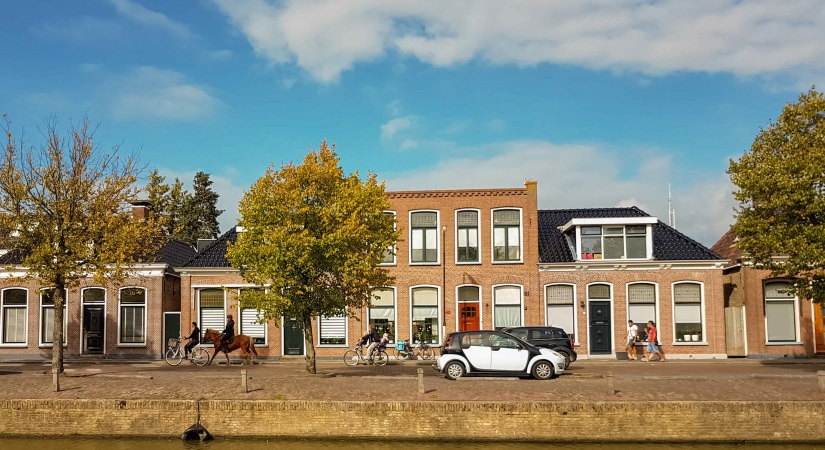 Aside from visiting the Eise Eisinga Planetarium, the “city” itself was enjoyable to wander around and admire the architecture to enjoying browsing a few shops. 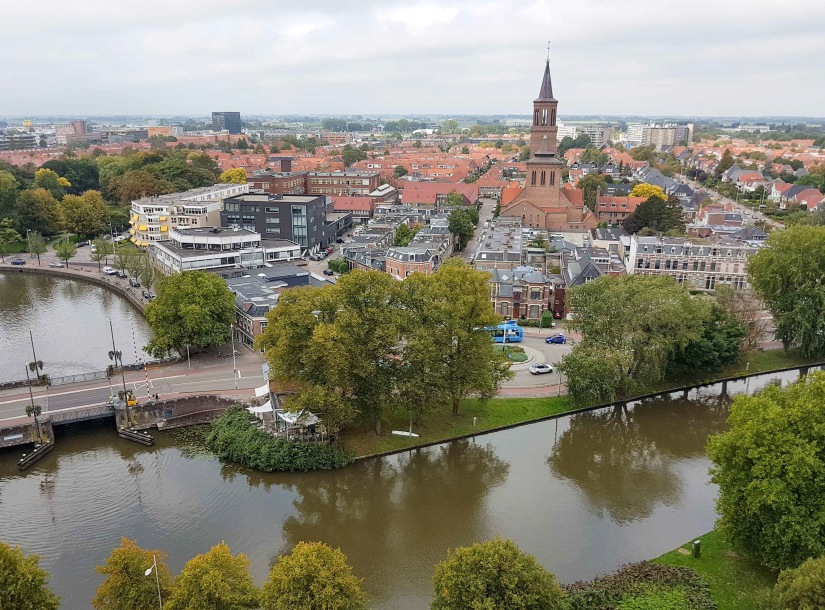 Left on the above photograph is approximately where we moored.

This is one place where we spent the most time over our two weeks adventure.

Before I mention what we ventured to see our first stop pre-boating Leeuwarden experience was to stay a couple of nights at the Stenden Hotel. 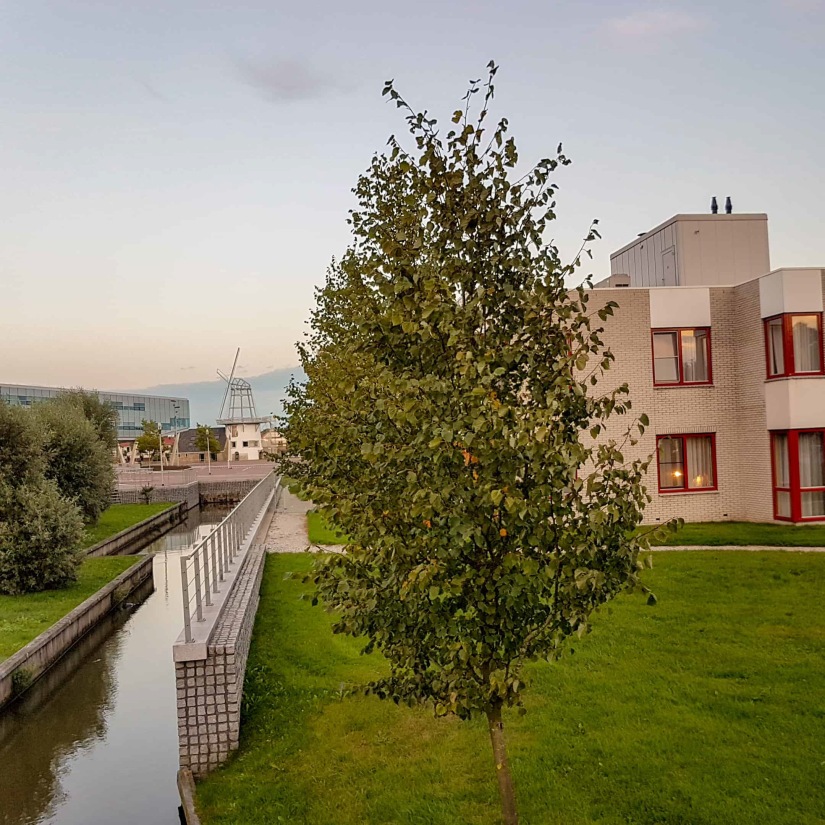 We have experienced various types of hotels. Though never a hotel like the Stenden. The uniqueness of this hotel is because its part of a hospitality training centre, so all the students and staff were very attentive, to the point of over being over attentive if that is possible. The breakfast was plentiful and delightful with an array of hot and cold products in an inviting modern, relaxing environment. A largish and comfortable room topped off our experience. The location was a short walk into the old centre of Leeuwarden. We walked to town. If wet there is a bus stop outside the hotel. Plus plenty of on-site parking. All this for a very affordable price of around 70-80 euros. It was indeed value for money, and it is fun to experience a hotel with a point of difference.

On our return, we were able to appreciate more of what Leeuwarden had to offer from a boating perspective.

Firstly it was the “feel” of the place, our mooring was beside the park which made our walk around town very picturesque and enjoyable.

One of the fun experiences that stood out for me was finding that the leaning tower was open unlike on a first visit. Which was brilliant and an opportunity to climb the narrow stone steps to see Leeuwarden from a different perspective.

Pisa’s famous leaning tower, which tilts at an angle of precisely 3.99 degrees, has a Dutch rival. De Oldhove, a church tower in Europe’s new Capital of Culture, totters even more precariously. It began to sag during construction, and the project was abandoned in 1532. The church was demolished in 1596, but the tower remains. 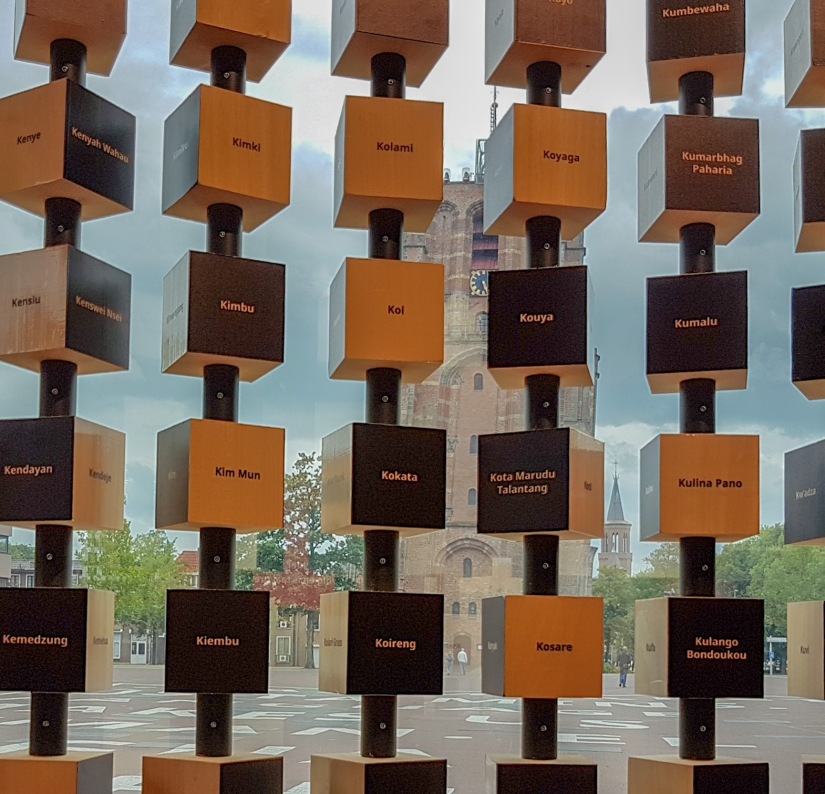 Near the De Oldhove was a modern building housing a fun display of hundreds of languages from around the world. Yes, with the Maori language was included.

Arty displays were not only to be seen in the obvious places such as a museum, buildings or an art gallery, we also spotted quite an array of artistic talent on premises and in many other public areas.

It is not only creative in the art sense. Creative thinking abounds when it comes to growing a particular vegetable namely potatoes which the Dutch people love to eat. They have for many years been growing them with a little help from Malta. How? Well, farmers send baby spuds to the Mediterranean island, where they mature before being sent back to Friesland. It sounds bizarre, but then again, this is a place where they moved the sea to build cities.

At the end of our time exploring, we could all certainly understand why the city was awarded the title in 2018 of “The European City of Cultural”. 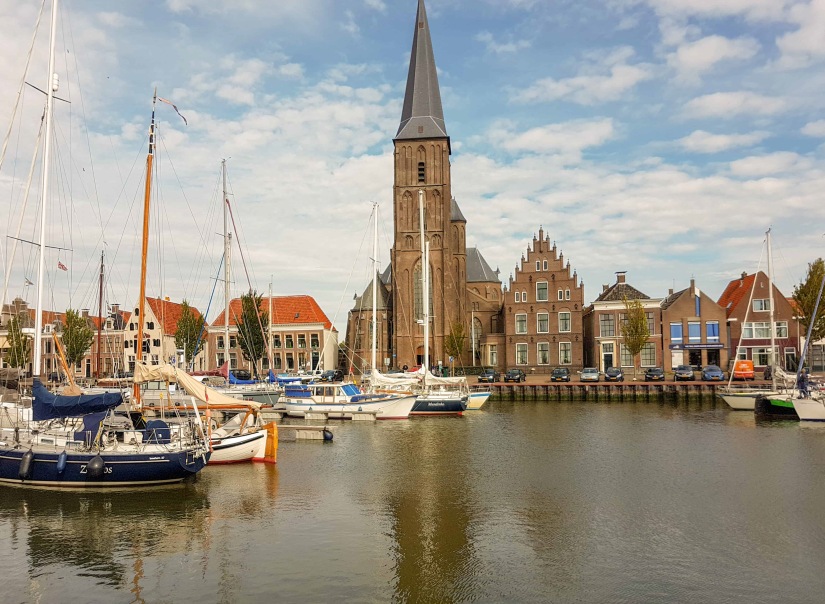 Our primary focus for stopping into Harlingen was to find the fountain. Which we did. Both the city of Harlingen and the fountain didn’t leave much of an impression on myself. Though my fellow crew mentioned that it did have a few good merits.

What did perk us up after walking around in strong coolish wind was indulging in a large helping of Kibbeling from a street vendor by the seafront. Did I hear you say, “What’s Kibbeling?”. Well, this favourite Dutch snack which was for us a late lunch consists of battered chunks of cod served with mayonnaise in a cardboard tray. Thank goodness there were no chips as the fish alone was plentiful. That was a first, having fish and no chips by the seafront.

We did leave Harlingen with a smile on our faces and our appetites satisfied.

Didn’t manage to read Part One?

Here is the link – Cruising the Friesland Canals – Part One

Next, in Part three I will share a few more cities and a list of suggestions to think about while in the process of hiring a boat.