What a fascinating, vibrant city to revisit after so many years of not doing so.

The purpose of this trip was to extend the 60th birthday celebrations of myself and my 3 weeks younger cousin.  Even writing this I find it hard to believe I am now not only 60 it’s now got a plus attached to it.  The younger cousin and sister was celebrating the fact she has a few more years to go and got the title of carer.  She excelled in the role.

How did we celebrate?

We SHOPPED, we DINED out, we EXPLORED.

Which meant we spent too much, ate too much, walked too much and enjoyed all of the overindulgences.  One of my most loved purchases was a “Hug Bell”, created by Shoko Mafune. To view a photograph of it, see my Insta page.

It wasn’t only her fun creative ceramics that caught my eye, she had a lovely smile which drew me towards her stall.  She let her creations speak for themselves and spoke only when I required more information on her wares.  Somehow she had created a sense of peace and quietness around her stall in a busy market space where many others were anxious for us to purchase their wares.

Places I enjoyed shopping the most were a mixture of chain stores, individual shops to markets.  The most enjoyable and must do is The Rose Street Artists Market.  Had it not been Easter I am sure we would have been able to enjoy more markets and more artwork from locals.  We all enjoyed wandering around the eclectic Fitzroy area, by far the more interesting areas we explored.  Check out Time Out – Things to do in the Fitzroy area.

Shopping wasn’t the only focus as we spent many an hour admiring the various architecture and sipping refreshments while chatting and people watching.  The city has an incredibly dynamic mix of people as well as buildings, though from what we saw it they were mainly new.  Having only a few days we certainly did not achieve all we set out to do.  It happens, and it just means we may have to go back for a return visit.

Really have you heard anyone say they disliked visiting this city and have only visited once?

My love for this city started when I was a starry-eyed teenager.  I made my first trip over to the big city of Melbourne in the seventies to visit a long time penpal.  Australia did feel like it was worlds away from New Zealand back in the seventies.  It was such an enjoyable trip that I returned not long after returning home to Whakatane.  Within days I had a job and weeks later I was all settled into a flat and established a busy social and working life.

Some of my best and harsh life lessons were learnt in that city.

It seemed to me to be much harder to travel, and gaining the money to go was a struggle for most 18-year-olds.  Though what was more conducive to smoother travelling back in 1977, was the passport-free travel.  Under the Trans-Tasman Agreement, Kiwis and Aussies could live and work in either country with relatively few restrictions.

Until, things changed on April 24, 1981, when the Australian Minister for Immigration, Ian Macphee​ announced that all people entering Australia would be required to carry a passport from July 1, 1981.

Which produced chaos over here with quite a few holidaying Australians stuck here with no passports.

It wasn’t until 1986 that the idea of returning the favour was officially mooted in New Zealand and in 1987 it became official.  Australians needed a passport to visit Aotearoa.

Now, of course, we have more border control due to the changing world we live in.

Here are a few photographs while out exploring.

Melbourne by night was awe-inspiring and very colourful. 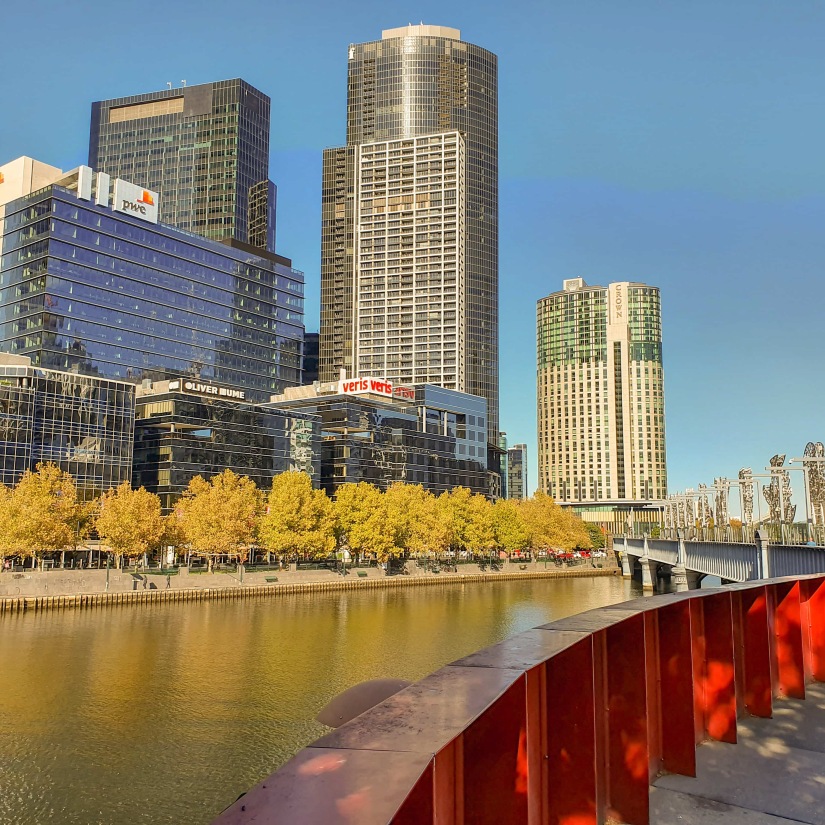 Autumn colour and a view looking back towards Sandridge Bridge. 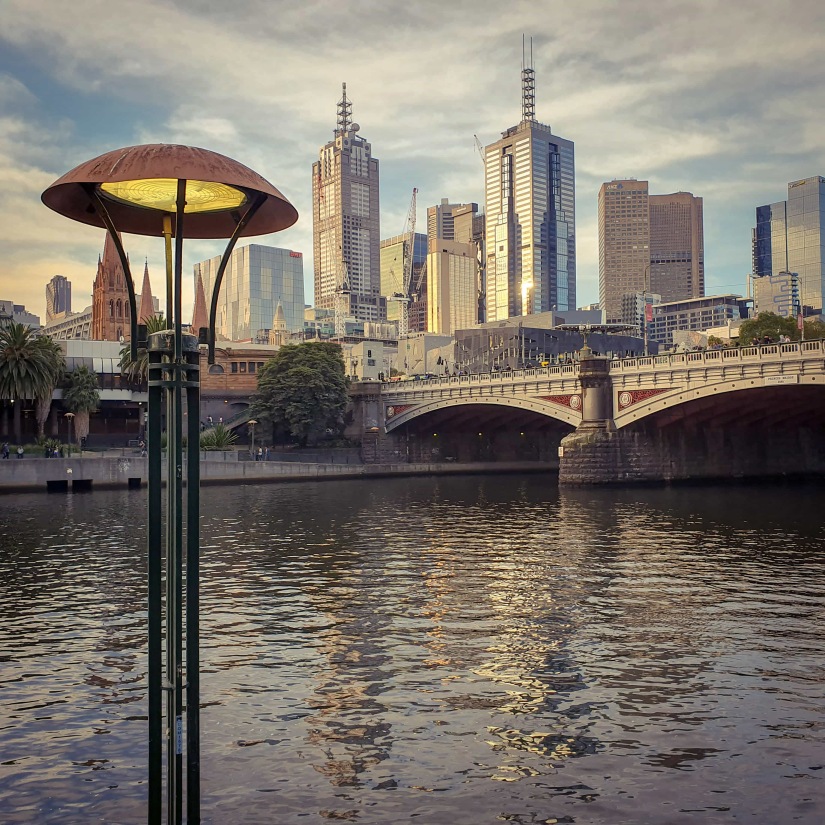 Enjoying the last of the daylight and view of  Church Street bridge.

Easter weekend meant there were church services and even a parade and a booming voice from a zealous Christian spouting all brim and fire sweeping statements. 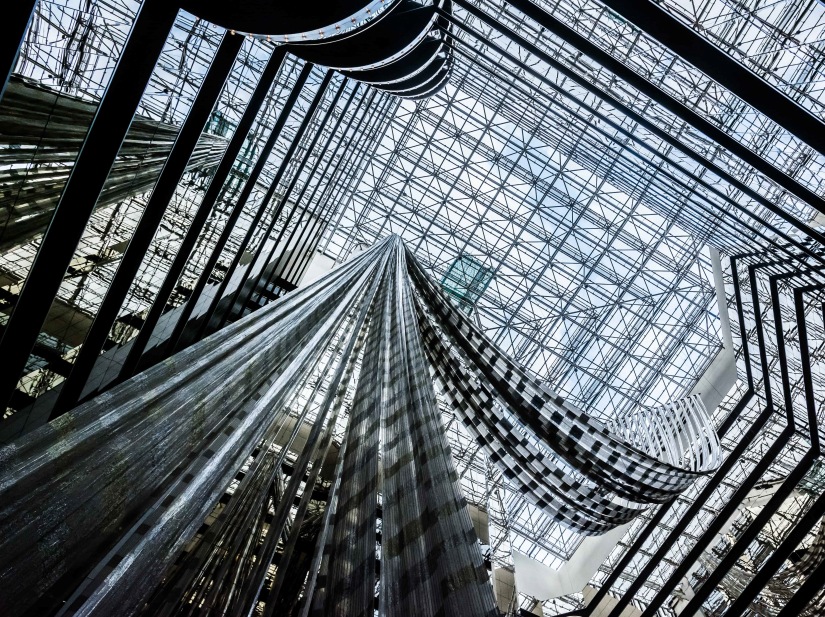 The ART, the LINES, the SHAPES, the COLOUR, the VASTNESS OF SPACE.

Now that is my religion.

Though don’t expect any revealing “OMG” photographs of my companions.  The reason being is I discovered there’s a photograph of me sleeping/dribbling on the flight back.  As you can imagine it’s not a flattering one.  One of my darling cousins is keeping that treasure as it’s now her insurance and peace of mind that I won’t be tempted to reveal any “funny, entertaining captures of our girls weekend in Melbourne”.

Life is full of twists, turns and people with a wicked sense of humour.

Don’t you think so?

81 thoughts on “A Girls Weekend in Melbourne”