Us two, an ordinary couple are about to launch into another extraordinary year.

Which means we are more than a wee bit excited to again have the opportunity to housesit for another year caring for animals, meeting new people and ones we now call friends.  Most of all, exploring a new corner in a new and revisited neighbourhood. 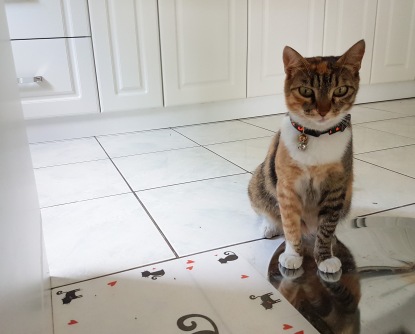 We are near to completing our 26th housesit with the commencement of our third year of housesitting and travelling around this amazing world we live in.  It’s not perfect, and to state an old cliche, “Life is what you make it”.

So what’s happening this year?

In less than a week, we change homes from one, which is in a relatively mild climate zone in Spain to head over the border to our next housesit in France.  We are excited to return again to a country we have spent quite a few months housesitting and exploring.  This time we are in the Dordogne area, an area we have not ventured into as of yet.  I won’t mention too much about where it is as it will be a pleasant surprise when I write up about it.

Then it’s back to Spain until we leave around the middle of February.

A flight over to Turkey, then to the United Kingdom in April, May and August.  Yet another trip sees us flying over to Germany in June.  This, of course, is not the end of our travels.  We will be exploring some new and be returning to a few more cities and countries.  Just to keep you on the edge of your seat I will intentionally hold some information back until we get closer to the time.   As you can see we are going to be moving about a bit more than we did in 2017, as we don’t have any long-term [2-3 months] housesits to do, at this stage.

Around about this time, a couple, who we have known for a fair while, who is also from down south, the ass end of the world, are heading over to this side of the world to do a few housesits and too explore.  It will be a treat to see our friends once again.  We do have a tendency to catch up with family and friends in countries that they don’t reside in, which adds more fun to the get-together, don’t you think?

This year will include a few resits, as in housesits we have previously completed.  I have a feeling that this year will be like returning home of sorts, as don’t they say when entering a house and if you automatically connect to the internet, you are at home!

Talking about ‘home’, our current one is not far from the beach, so we thought what a splendid way to spend our evening watching the sun go down for the last time in 2017.