After a quick farewell to Sarah and family, not, of course, forgetting the loveable Fudge. Which is always hard to do. As he gives us that hangdog look, that says to us, “What’s happening, why are you leaving?”, Though of course once the changing of the guard is executed, he will be back into his daily rhythm with his family.

While, his temporary carers, that’s us, are were off to our next destination. 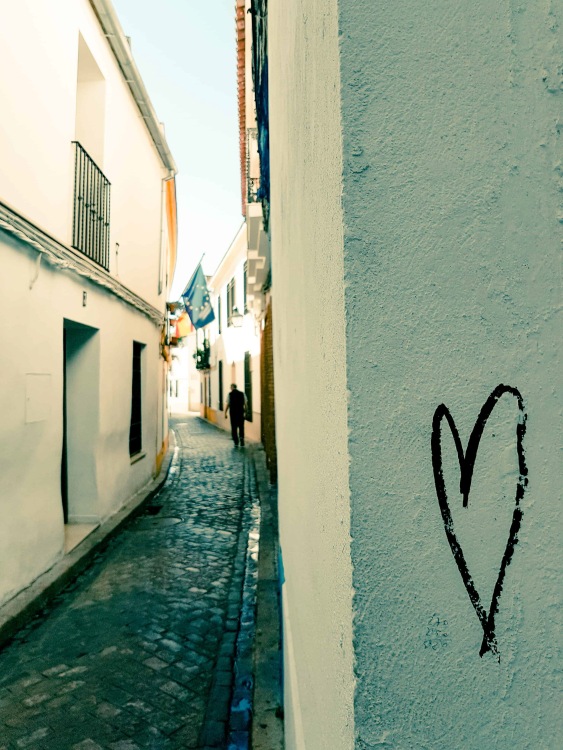 First things first, we had a date with a quaint countryside restaurant and bar.  It landed up being one of the most simple and tastiest plates of food we have had the pleasure of eating.  Green beans and Jamon, with homemade bread and unfortunately not washed down with a local vino as we were driving.  An indulgement enjoyed in front of a blazing fireplace.  We couldn’t stop smiling.  Relaxed and full it was now time to head to our accommodation not far down the road. 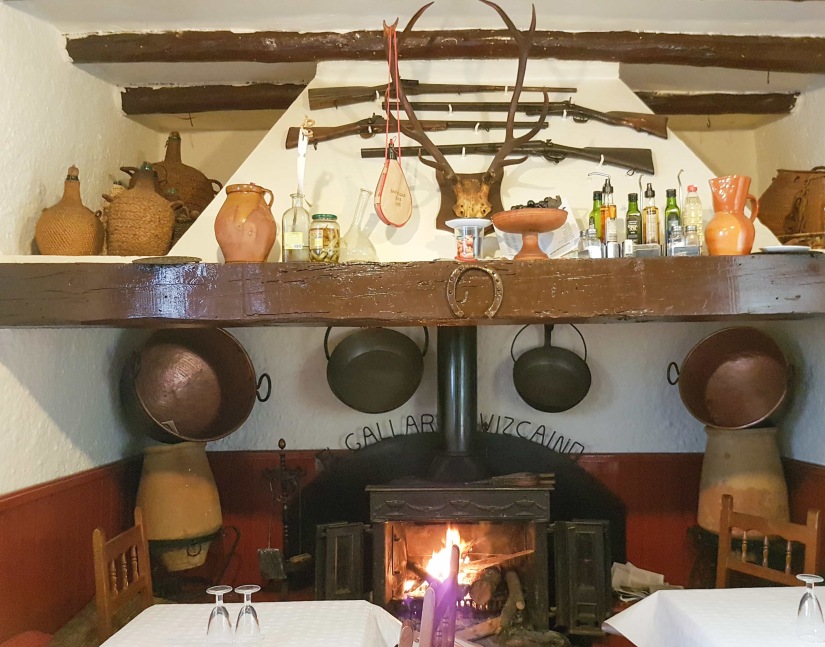 This time we were heading north with one first stop before Madrid, to revisit an incredible city that we glanced on our way back from France. The place I am talking about is Cordoba. This visit we had time to explore, and we were looking forward to it.  Our expectations were exceeded this is one place that is worth a visit for a few days.

I’m not surprised, we hadn’t either until we started to explore various routes on a few road trips around Spain. We have once again been won over by the sights and taste of Spain. 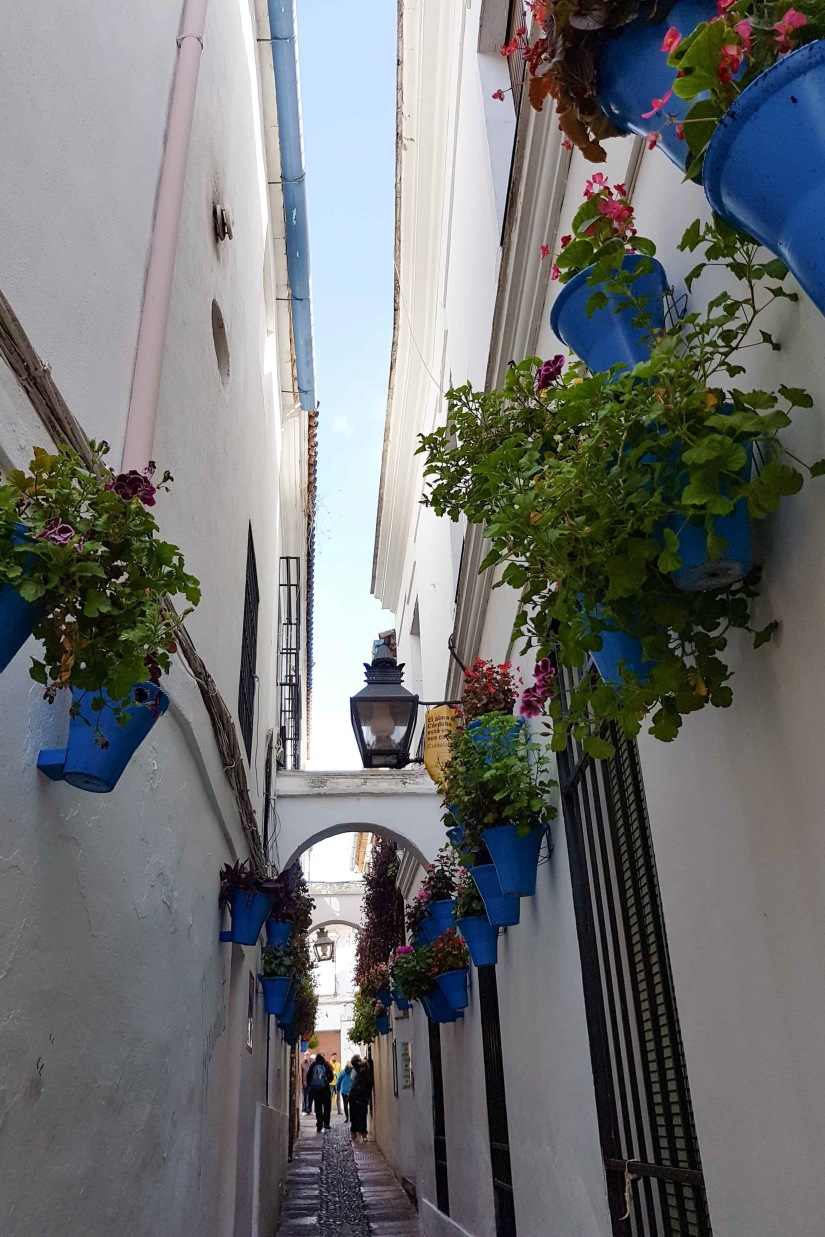 At one point, Cordoba was the capital of Islamic Spain and Western Europe’s largest city. Historic buildings lie around every windy corner. 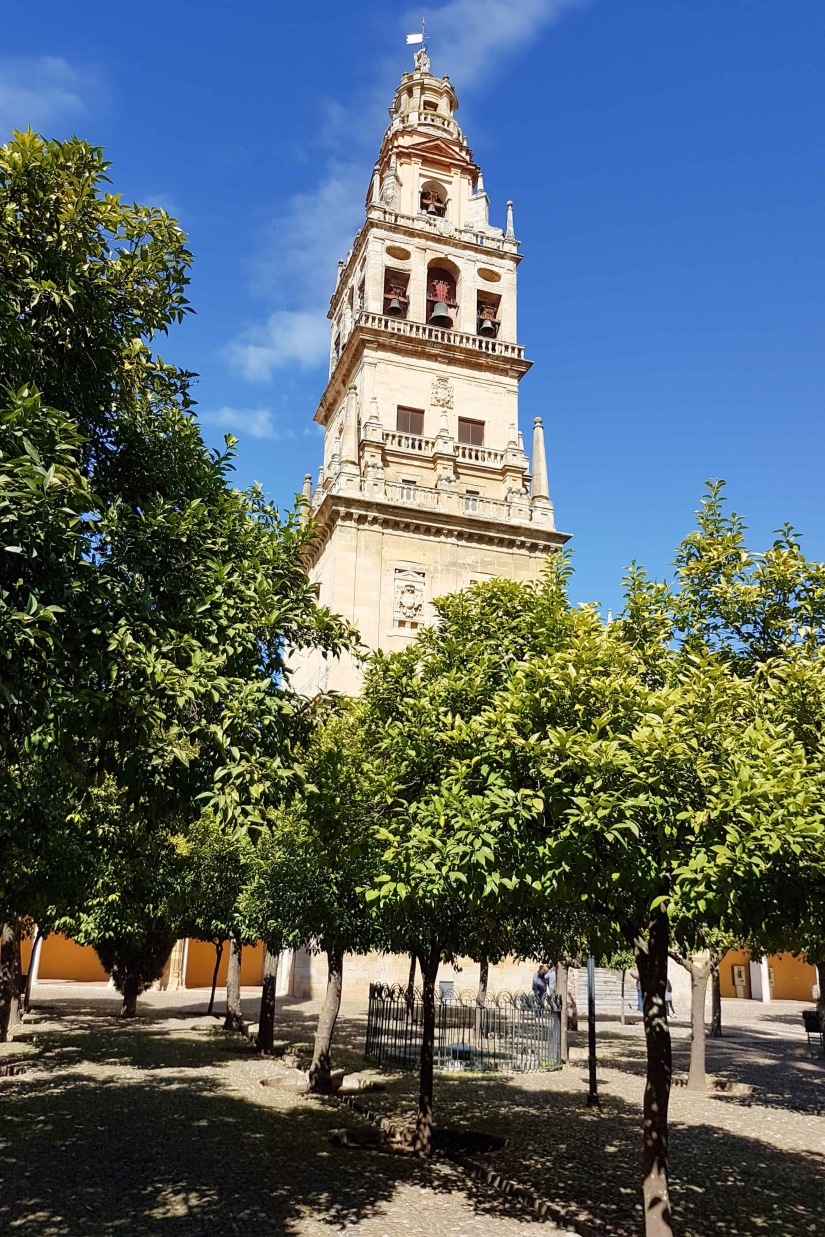 The most well known and most significant attraction within the walled city is the Mezquita, also known as the Great Mosque of Cordoba. The original mosque that was built under Islamic Spain was turned into a Catholic church during the Reconquista in 1236. The Mezquita is considered one of the greatest works of architecture and after one step inside you will understand why. 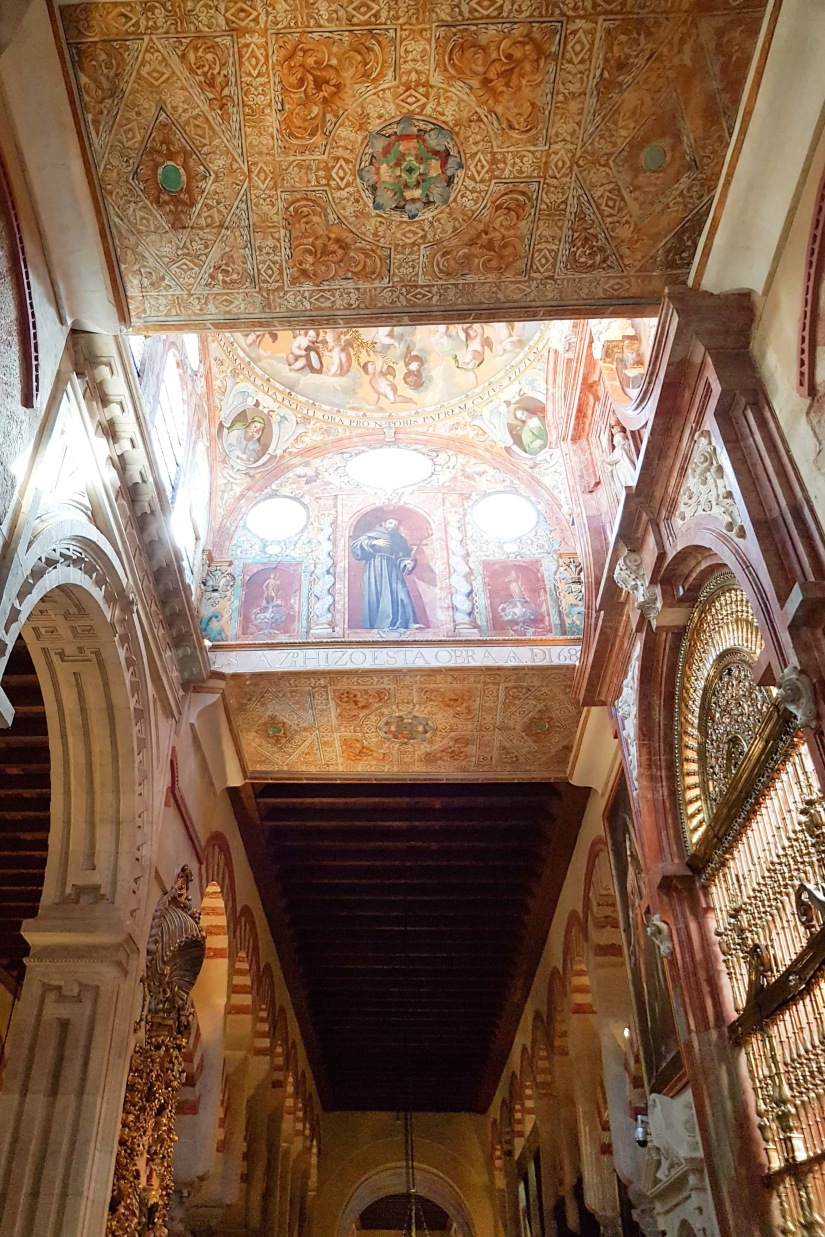 The sheer amount of beautifully detailed work that makes up this Mezquita had us in awe and wandering around viewing it without taking much heed in capturing it through a lens.  Which I find astounding for me not to have done so. To be honest, I wanted to absorb it, just me and the Squire and this fantastic space. Of course, we weren’t the only ones, though I did not notice many other people around me I was looking and wondering how many hours, years and lives it took to finish this masterpiece off.

Then the hunger set in, as it does after hours of exploring.

After exploring the jaw-dropping Great Mosque we had the luxury of sitting down at one of the many eateries enjoying the food, company and the ambience of this city, is the icing on the cake or maybe the sardine at the bottom of the stack in this case!. 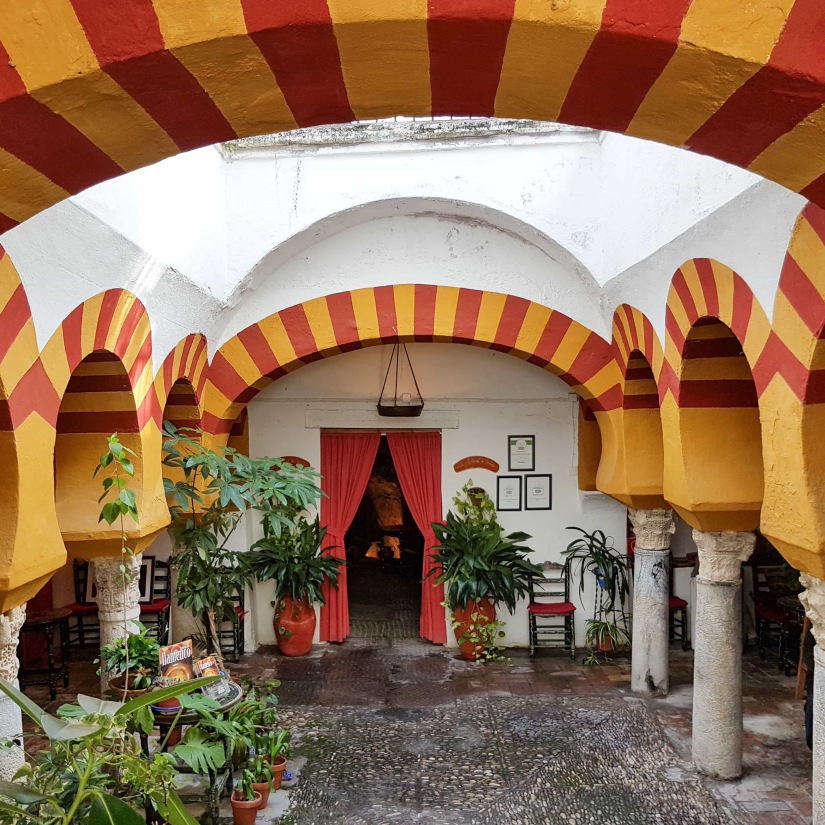 Unfortunately, there is always a downside to most places that are on the tourist road. For us, it is the numerous shops selling cheaply made nic naks. Many people love these shops as they buy a memento to take home with them. We choose to buy something that is locally produced and in some way unique. 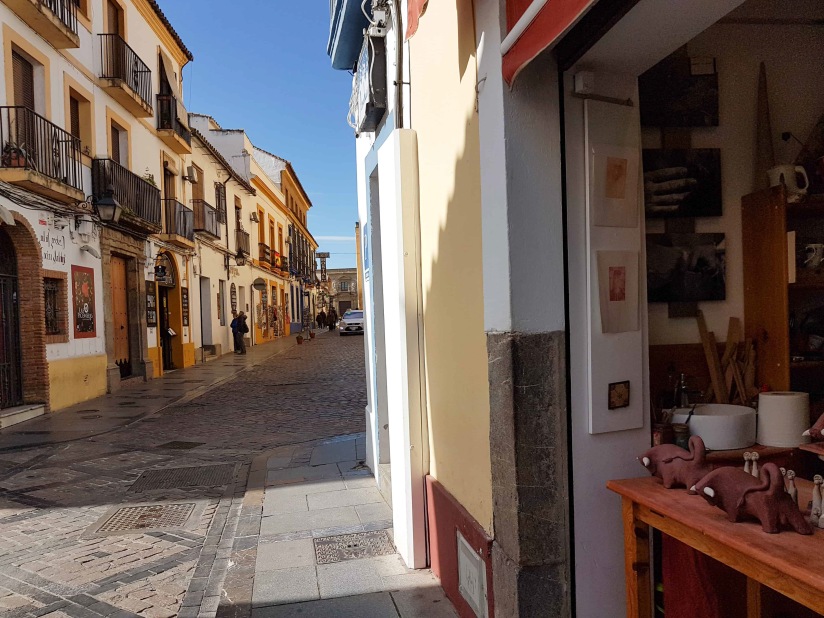 Walking around we did find one, which was too expensive for our budget.  We were not deterred as we enjoyed walking around the narrow cobblestoned streets. Then there it was just as we had nearly lost all hope of finding that unique keepsake. We found the right art shop near to where we were going to exit the old part of town.

A potter. With his pottery wheel in sight for all customers to view. I loved the shape, texture and colour of his bowls. 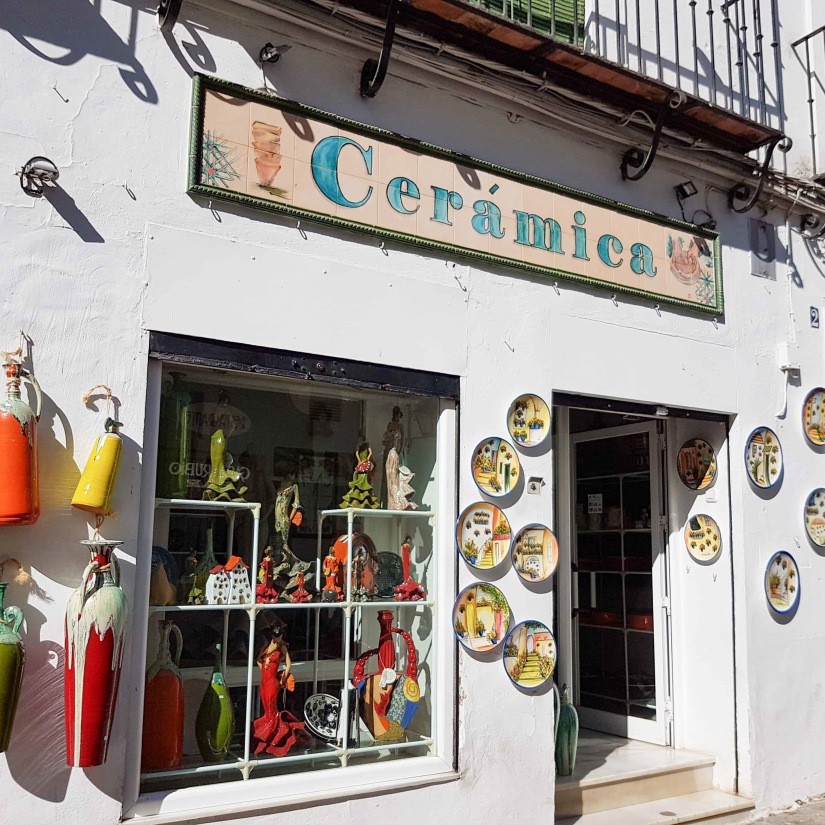 Not one was the same in shape, colour or design.

One of those lovely plates wrapped tightly is now safely tucked away in our suitcase. Happy with our purchase we trotted off to find the correct bus stop to head back to our hotel.

Pozoblanco, a quiet country town to stretch our legs and possibly find a Bar or Cafeteria to pass away half an hour and top up our caffeine reserves. No, it is not what we found, though we did venture down some quaint narrow cobbled stoned streets.  With one building that was not a normal one we usually come across, the bullring.

With what we could positively say which housed more people over 60 years of age than it did not. Going by the zimmer frames that tried to whizz past us on the uneven stones. With one or two characters strolling out of their homes to give us a once over and eventually a shy smile would emerge when we uttered “Ola” in our Kiwi/Spanish accent.

The daytime temperatures had risen which meant many homes had their windows and front doors opened some needed more privacy, so a heavy embroidered curtain took the place of a door. Movement from a slight breeze creating a more softer effect than the hardness of a large wooden door.

Overheard screeching its head off was a cat, we looked around and could not find one insight until we looked up above us. There was not only a chubby ginger cat vying for our attention in the background trying to get in front was a dog about the same size of the said cat.

What a picture, worth a word or two we thought.

As we walked further on, leaving the cat and dog to work out who was going to have the best view from the window. We passed an Infant school, the waffling smell of meat cooking suddenly brought classroom memories of smells explicitly of Cornish pasties as the mother’s helpers put the said pasties into the individual classroom boxes to be given out to the blessed children for their lunches.

I was not often blessed, usually only on a Monday.

After that blast from the past, we kept going and eventually came to a decisive moment, of what street should we go down. What grabbed our attention more was this charming-looking Spanish church that stood between the two lanes. 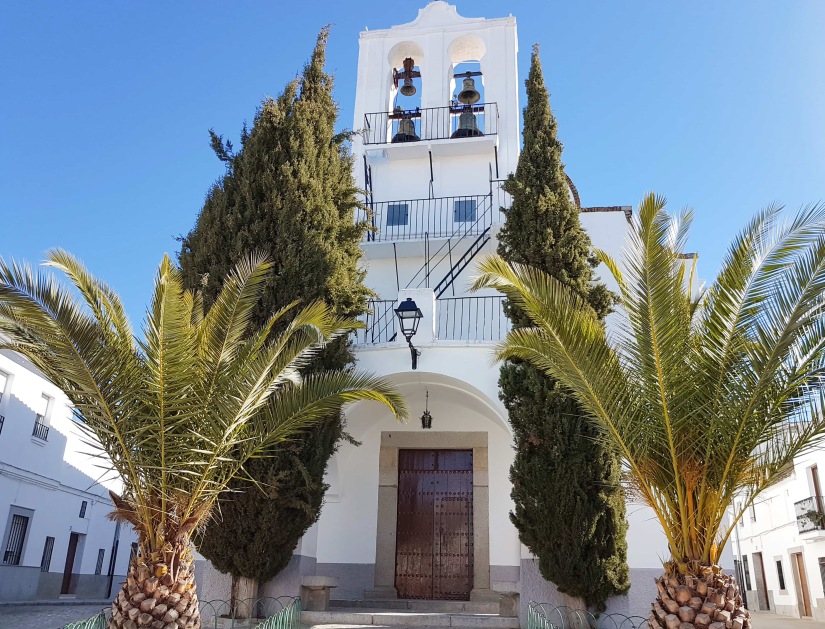 Of course, a photo had to be taken before the decision on what street to go down. Right, it was, and we landed up going full circle and coming up the left side! Not a problem at all.

By that time we had enough wandering around.

As my boots hit the stones, with echoing sounds bouncing off the houses we felt like a couple of cowboys from some old western story.

Were we the last ones off that horse driven stagecoach? 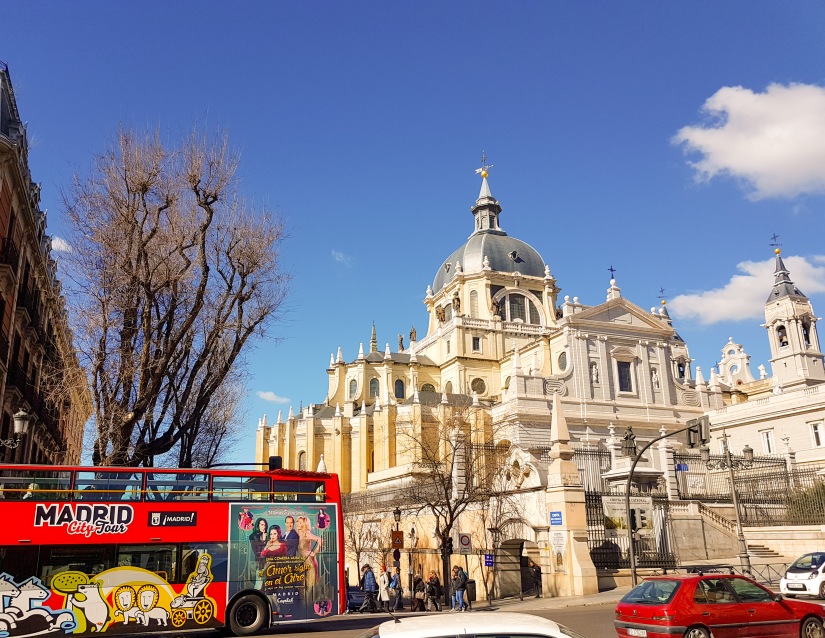 First impressions, it was just another city.

Though we were not there long enough to form a fair opinion of the capital of Spain.  Our thoughts were not doubt dampened by the lazy cold wind that stayed with us as we slowly wandered around. 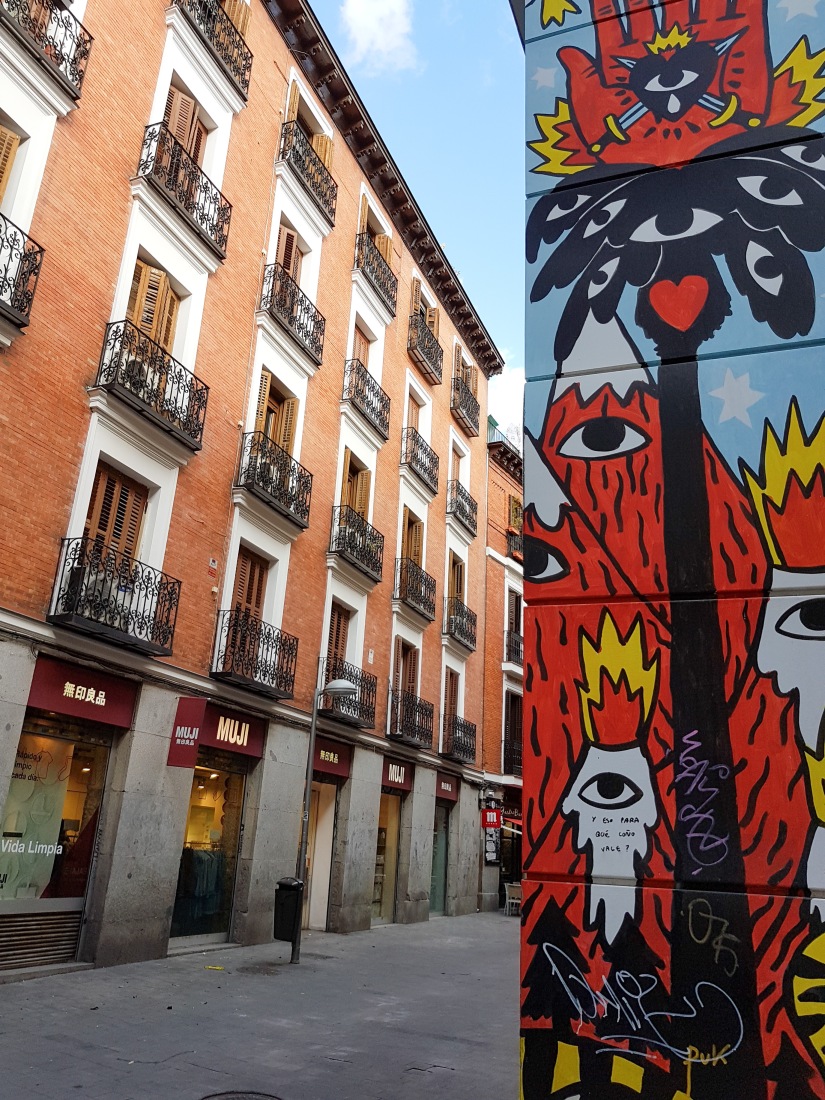 What astonished us was the closure of cafes and other smaller locally run arty shops.  Then with more discussion with locals, it is due to it being winter and a lack of people.  This I could understand in smaller places, not a large city like Madrid.  Finding the lack of quality barista run cafes was disappointing.  As in all cities, the big companies take centre stage, and small locally run companies are having to use back streets. 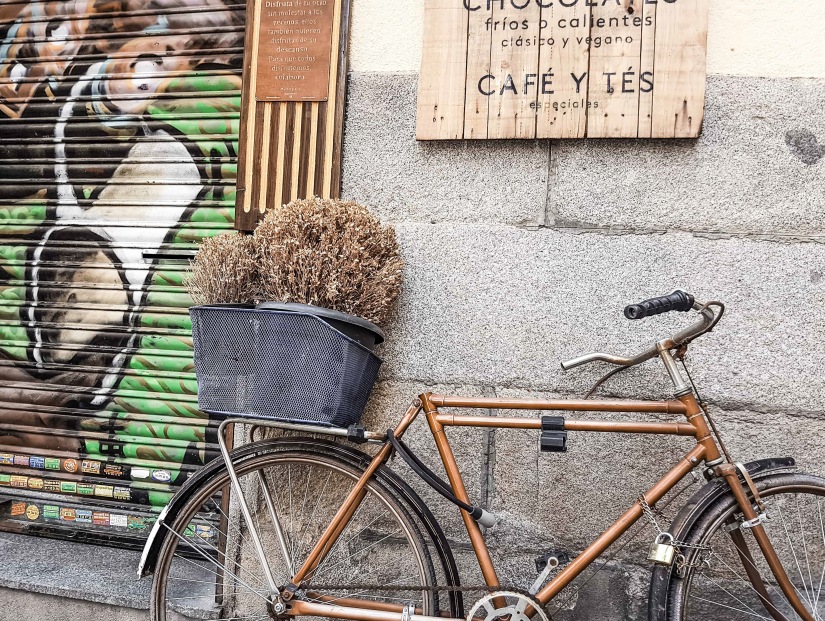 Had we spent the time researching and planning our visit, I could positively say our experience would have been different.  The planets weren’t aligned, or for whatever the reason, it was hurried and not many WOW moments to be had.  We do think that the richly historic Cordoba spoiled us and did overshadow some of what we saw in Madrid.

Maybe this is an extra reason for a revisit to Madrid in happens a warmer month?

Will have to see how the travel plans pan out. 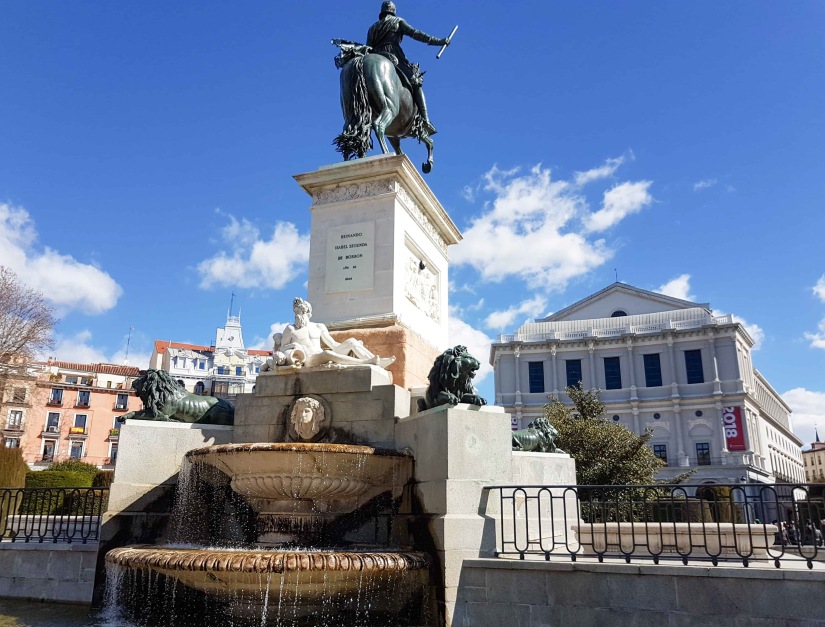 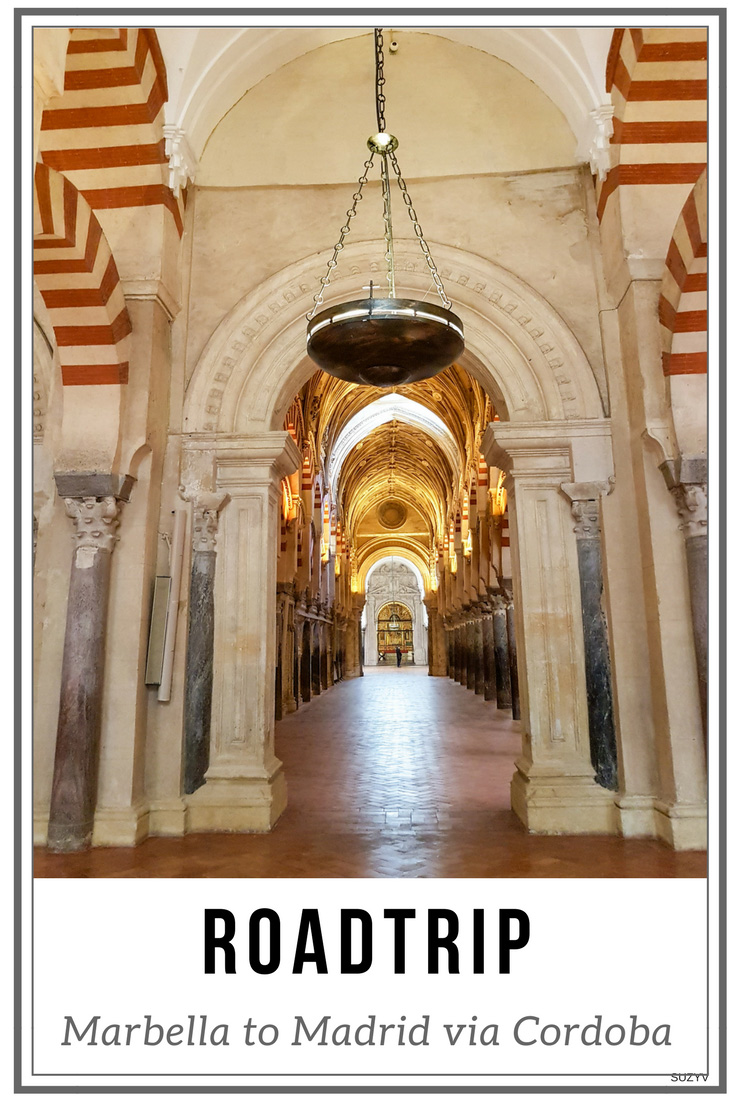 52 thoughts on “Roadtrip – Marbella to Madrid”